Hello Garden Gals and Guys!  Well…the weeds have been conquered.  I had to do some harvesting because the heat combined with me being busy caused things to die in my back yard garden, but I was able to get a small harvest.

Let’s start with the big garden.  Here are two videos. The first is of Cathy weeding in between where my watermelons and tomatoes are.  I weeded the entire tomato bed and most of the areas around the watermlons.  I let Big Betty (what I named the tractor) do the rest!

Here is what it looked like after.  You gotta LOVE tractors with tiller attachments!
Here are some pictures after I put straw down to keep the weeds from returning.  It was too cumbersome to try and do plastic mulch. 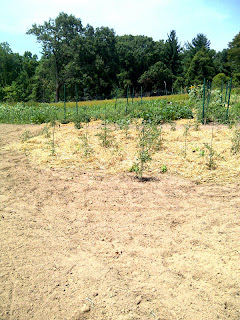 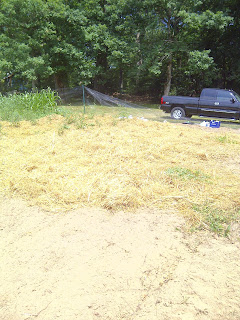 I covered a good portion of the tilled soil in straw even though there are no plants there.  Trying to fight the good fight with the weeds.
Here is my harvest from the backyard garden: 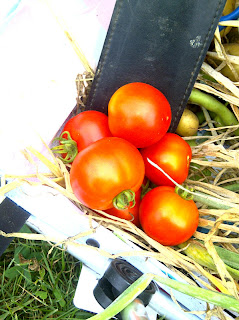 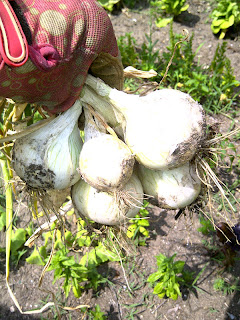 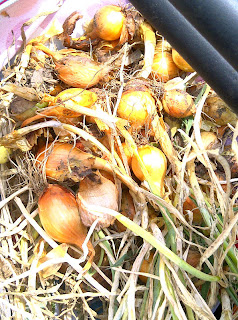 My potatoes should have been much larger, but since the plants died from the excessive heat, this is what I got.  Wonderful thing about potatoes though. I let those potatoes sit in the ground for at least another week after the plants died.  If you leave potatoes in the ground (even after the plant has died back) they won’t rot.  The ground acts as a root cellar and keeps them preserved.  The onions are sort of the same way.  They were just fine.
I took my harvest and decided to make a nice side dish.  This is a baked potato side dish.  I drizzled it with olive oil, salt, pepper, and chopped up some onions, basil and tomatoes from my garden and baked it at 425 for 30 minutes.   It was yummy!!!! 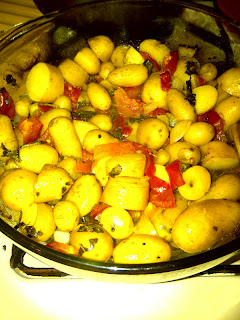 And last, but not least, here’s me tractor dreaming….. 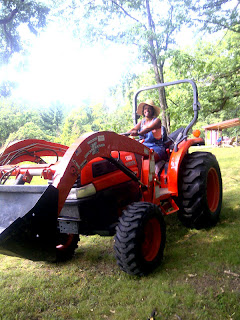 Well, that’s all for now!  Until next time garden gals and guys….
Happy gardening!!!!