Today I’m talking about transplanting.  But let me back up.  So, when your seedlings get their first true leaves, that is when you are supposed to give them their first shot of fertilizer.  Well, as you may remember from my last blog post I did exactly that.  But I still wasn’t seeing any real progress.  Usually, once they get their first fertilizer feeding they take off.

Being the worry wart that I am I decided maybe my little babies weren’t happy in the growing medium I used.  So I bought several bags of this: 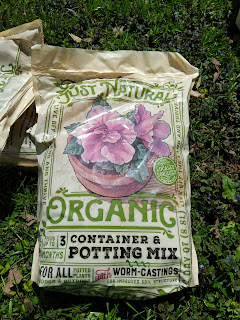 It has worm castings in it.  In case you don’t know that is, it’s worm poop, and plants LOVE it.  So I took all my peppers and tomatoes and repotted them.  I started with the tomatoes: 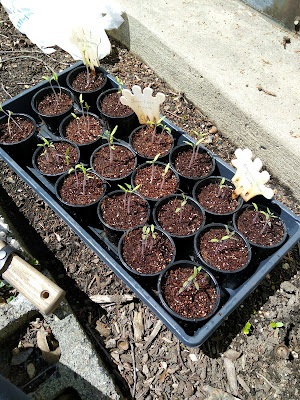 As you can see, they weren’t leggy, but I noticed that they were starting to bend at the base.  So I decided to repot them.
Did you ever notice all the little hairs on the stem of a tomato plant? Well, those little hairs, if buried, will become roots. Tomatoes are the only plants that do that.  So I bought two of these to repot my tomatoes: 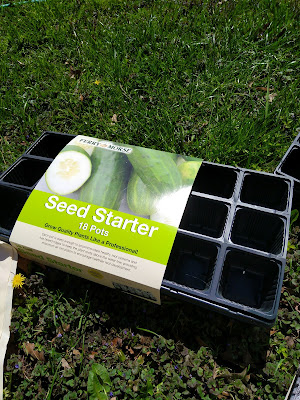 Then I squeezed each little pot until the entire plant came out.  Then I gently took away the extra seed starting mix and carefully separated each plant.  Then repotted them into the cells and buried them all the way up to the bottom of the leaves.
I packed the soil really well around the plant.  When you water soil, it compacts.  I wanted to be sure that these little babies have lots of soil so that they can grow lots of roots and get stronger.  Here’s the finished result: 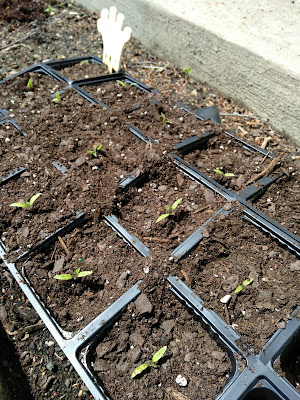 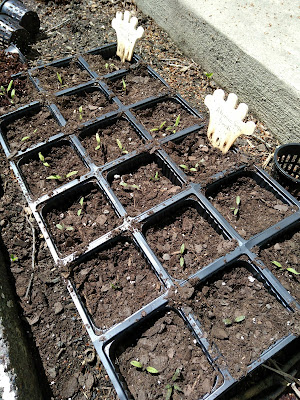 Since the peppers were smaller than the tomatoes, I decided to reuse the net pots they were in.  I carefully took them out of their net cups, filled the net cups with the organic growing mix, and repotted the peppers.  Here’s the first batch. I didn’t take pictures of the second batch. 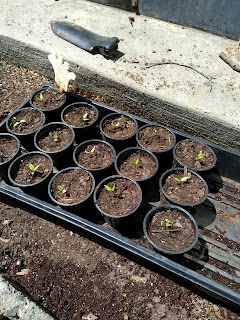 Hopefully my babies will thrive in their organic soil mix.  I’m a little worried they won’t be big enough for transplanting time, which I usually do on Mother’s day.  My husband tells me not to fret, so I’ll try…but no promises.
On another note, I added a splash of color to my garden cage.  Every year I said I would put up some hanging plants, and never got around to it.  This year, I finally did it: 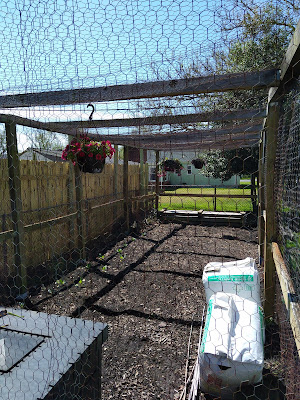 The flowers are purples (my favorite color) and pinks and I love it.  Here are some individual shots: 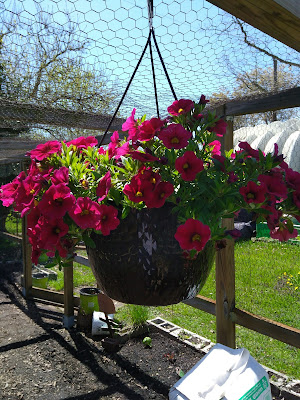 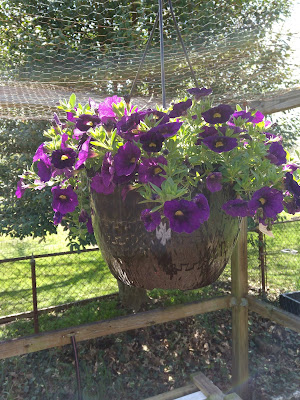 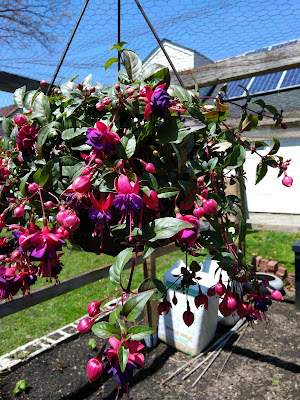 You may also remember that I bought two patio pickers raised beds for my greenhouse and planted lettuce and basil in them.  Well, the lettuce is doing really well.  I should thin it, but I’m going to let it go and see what it does.
Between this container and what I bought and planted last weekend, I should have a bumper crop of lettuce.  And that’s a good thing with all that’s going on with romaine lettuce right now! 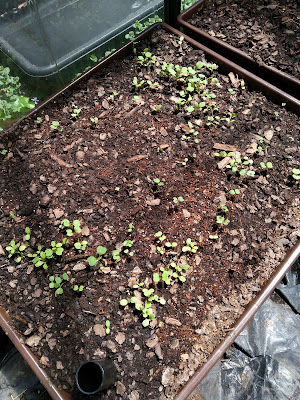 And my basil is finally peeking through the soil in the other container.  You’ve gotta look really closely, but they are there: 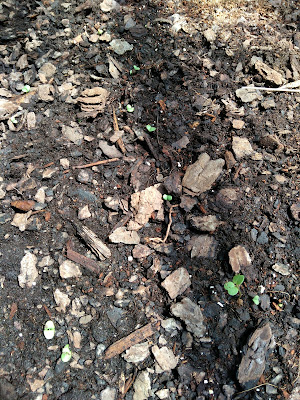 And that’s it for now! Until next time garden gals and guys….
Happy farming!