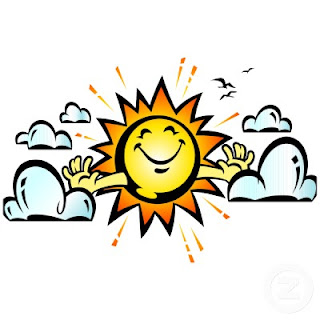 Well, hello there garden gals and guys! It’s been a long time, hasn’t it? Spring is around the corner…sixteen days away to be exact. Are you ready for it? I certainly am!

I have a lot planned for Fat Earth this year. Let’s see….I have an apple tree that I got for just FOUR dollars coming at the end of March; I’m going to be building two raised beds to expand my garden space; and I plan to get pavers for the floor of the greenhouse.

I got my soil test results back a while ago and I need to add muriate of potash to my soil. So hopefully my garden won’t give out on me in the middle of the season this year!  If you’ve never seen what a soil test looks like, here’s mine: 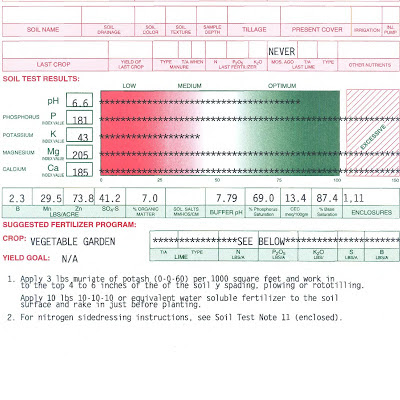 My pH level is pretty good. Great would have been a 7, but it’s pretty close. My phosphorus (P), magneisum (Mg), and calcium (Ca) levels were high, but I was low on potassium. When I inquired about how to fix the high levels of P, Mg, and Ca, I was told there’s nothing that can be done to lower them. Just don’t add any fertilizers high in those nutrients to the garden (which I never did, I only add composted manure and shredded leaves…so I guess I won’t add those this year).
I bought a bag of muriate of potash from my local garden co-op and will add 1.5 pounds of it to my soil (that’s .5 pounds per 100 square feet).
OK, enough with the boring stuff. Let’s get to my seed planting list for the year! Here’s what will be growin’ on in Fat Earth this year:
Beans: Jade & Blue Lake Varieties
Cabbage: Early Jersey Wakefield
Carrot: Mokum (a Dutch variety ready for harvest in 54 days)
Cucumber: West India Gherkin & Homemade Pickles)
Eggplant: Slim Jim
Fennel: Florence
Lettuce: Misticanza Mesclun, Gabrielle, Buttercrunch
Kale: Dwarf Blue
Onions: Ailsa Craig (a British Heirloom) & Bianca Di Maggio (mild, sweet and flat-shaped)
Spinach: Giant Noble
Peppers: Habanero (hot) & King of the North (sweet bell)
Tomatoes: Moneymaker, Kellogg’s Breakfast, Pineapple, Brandywine, Gold Nugget, Mortgage Lifter, and Opalka
Watermelon: Tom Watson (ready for harvest in 90 days)
Basil: Italian large leaf
Oregano: Greek
Potatoes: Yukon Gold
It will be interesting trying to fit all of this into my garden, thus the reason for adding the raised beds! I’ll be starting the seeds within the  next two weeks. They’ll stay inside under grow lights until the spring temps stabilize, then they’ll go into the greenhouse until transplanting time.
So, that’s it folks! Until next time….
Happy garden thoughts!!!!