The Chicks Have Come Home to Roost

Hello garden gals and guys! This post isn’t about my seedlings but it IS about a wonderful new development at Fat Earth Backyard Farm!

I am the proud momma of four Barred Plymouth Rock baby chicks! They were only $4.29 a piece at the A.A. County Farm, Lawn & Garden Center. We don’t have a coop yet, but we won’t need that for six more weeks. We didn’t even have to buy a brooder because we saw a great post on Backyard Chickens to use a pet carrier as a brooder and attach a light to the front.

They were a might noisy when I brought them home, but once we got them in the brooder, they nuzzled near the light to get warm, then quieted right down and drank water and ate a bit. There’s already one that is trying to establish herself as the queen. I’ll have to watch her. She pecked one of the other babies right in the eye! I’m going to show a video because the camera doesn’t want to cooperate with the red light. I’ll be sure to take some photos of them without the light on.

You can hear my dog, Fred, whining in the background. He wanted to see them SO badly…or maybe eat them. Here’s what he did for about 30 minutes straight: 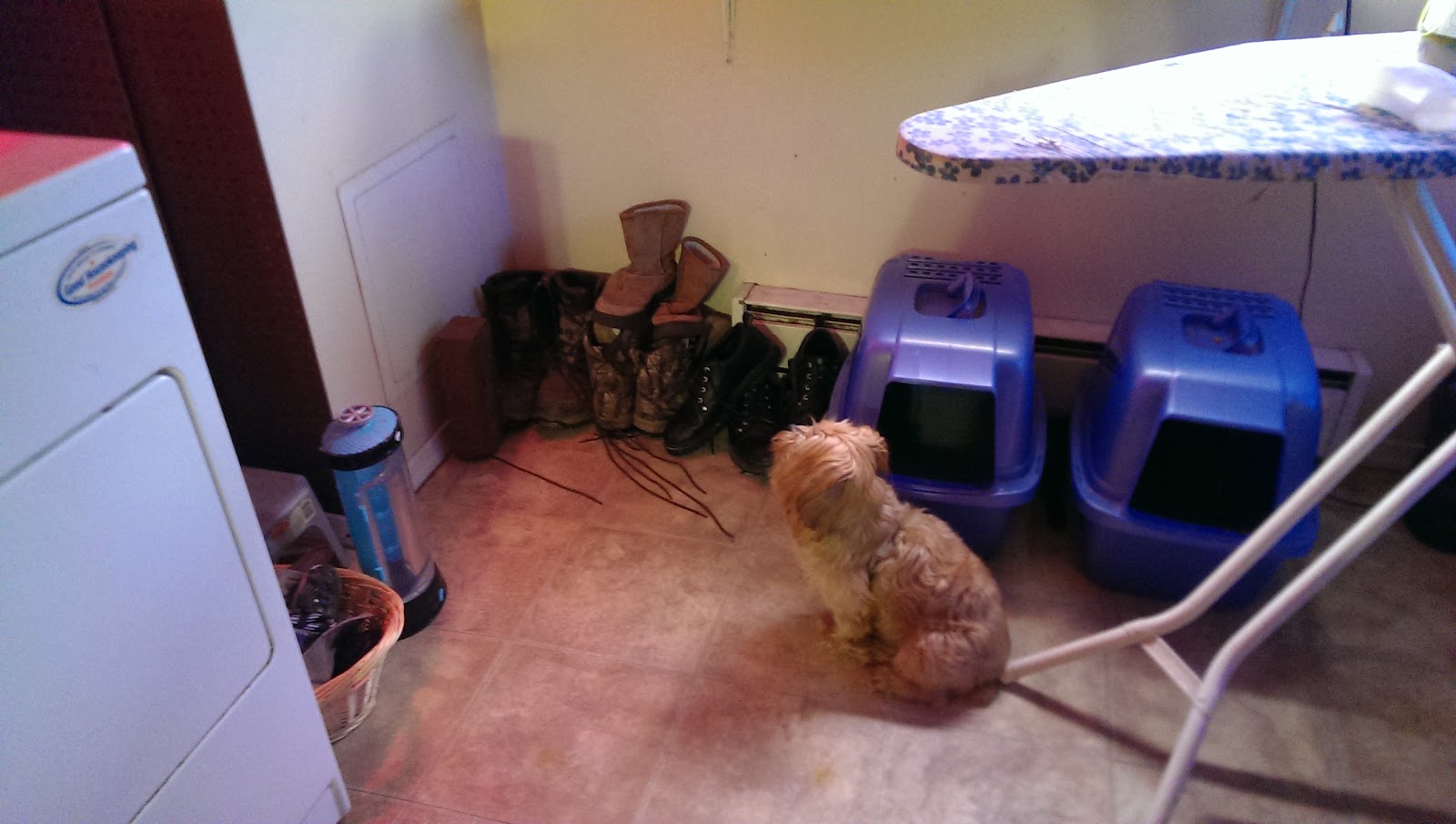 My cat, Rameses, was curious too. He sat next to the brooder and looked through the holes. But his paws can’t reach the babies…and he didn’t try. Whenever I tried to get a shot of him staring, he’d jump down and run away.
The chicks will be inside for about 6 weeks. That gives me enough time to finish my Kickstarter project for the coop (and save up just in case that doesn’t work out!).
I am SO excited for the coming months and all the fresh eggs that we will have! So…that’s it garden gals and guys. Until next time….

Happy gardening (or should I say farming now?)!