Hello Garden Gals & Guys!! It’s been a while since I talked about my chickens, so I thought I would give you a little update on how they are doing. I can’t believe March marks the one-year anniversary of adding chickens to the Fat Earth Backyard Farm!

It has been pretty smooth sailing with no real issues. The only problem I had was a few weeks ago when we had some pretty cold weather and snow. My chickens do NOT like the snow. I would open the coop to let them out and they just stared at me. There was barely an inch or two on the ground. Well, that led to them being bored, despite me giving them chicken toys to play with…which led to Andromeda pecking the butt feathers off the other three hens. This is a picture of one of my hens’ butt: 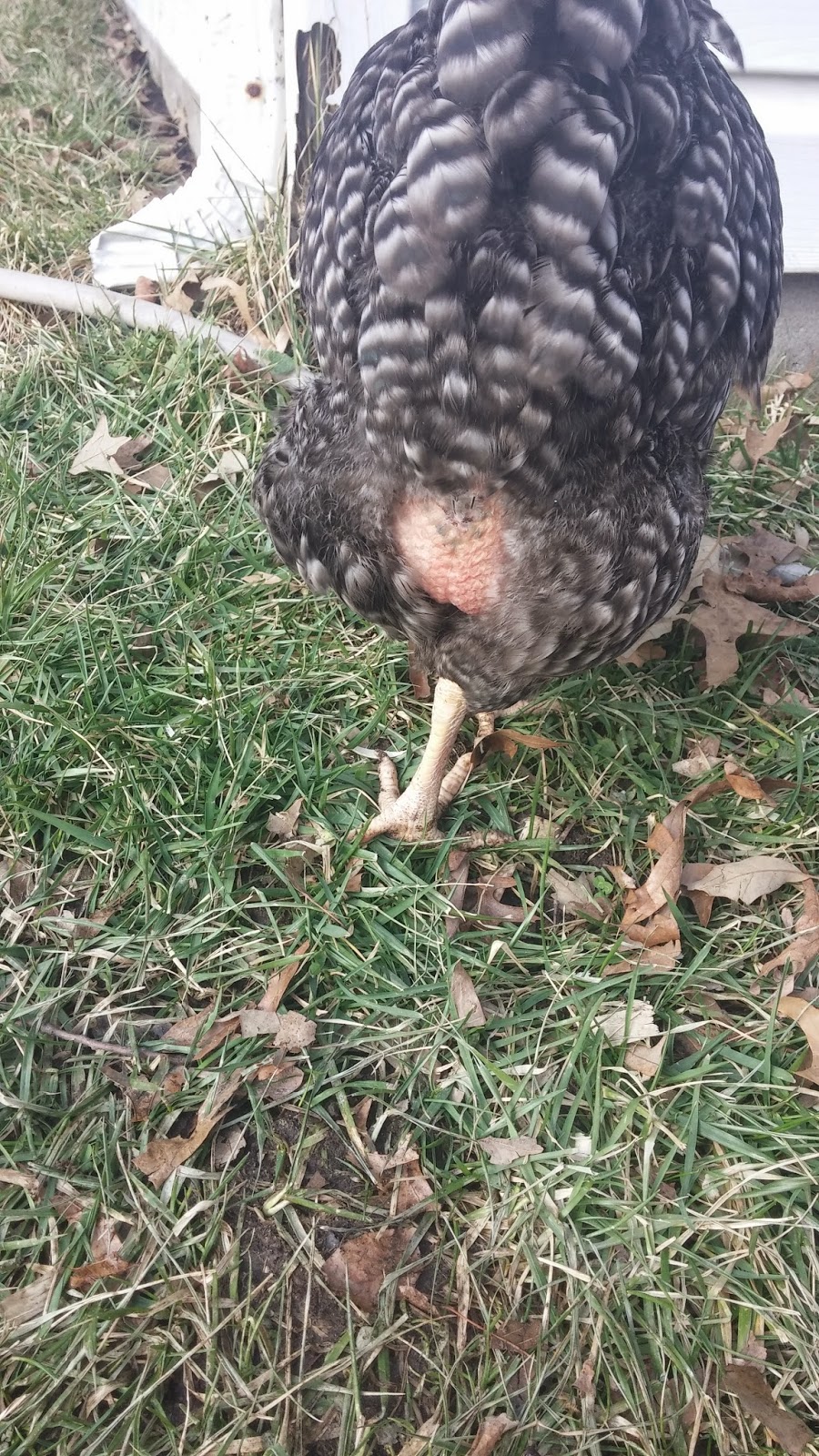 Yes, I freaked out. I quickly did some research and saw that it could be lice or mites. While I was sitting outside researching on my phone, I happened to look up and saw Andromeda pecking at one of the hens’ butts. Gotcha! So it wasn’t lice or mites (which I did check them for just to be safe).

So, I got them some dried meal worms and while they were doing this: 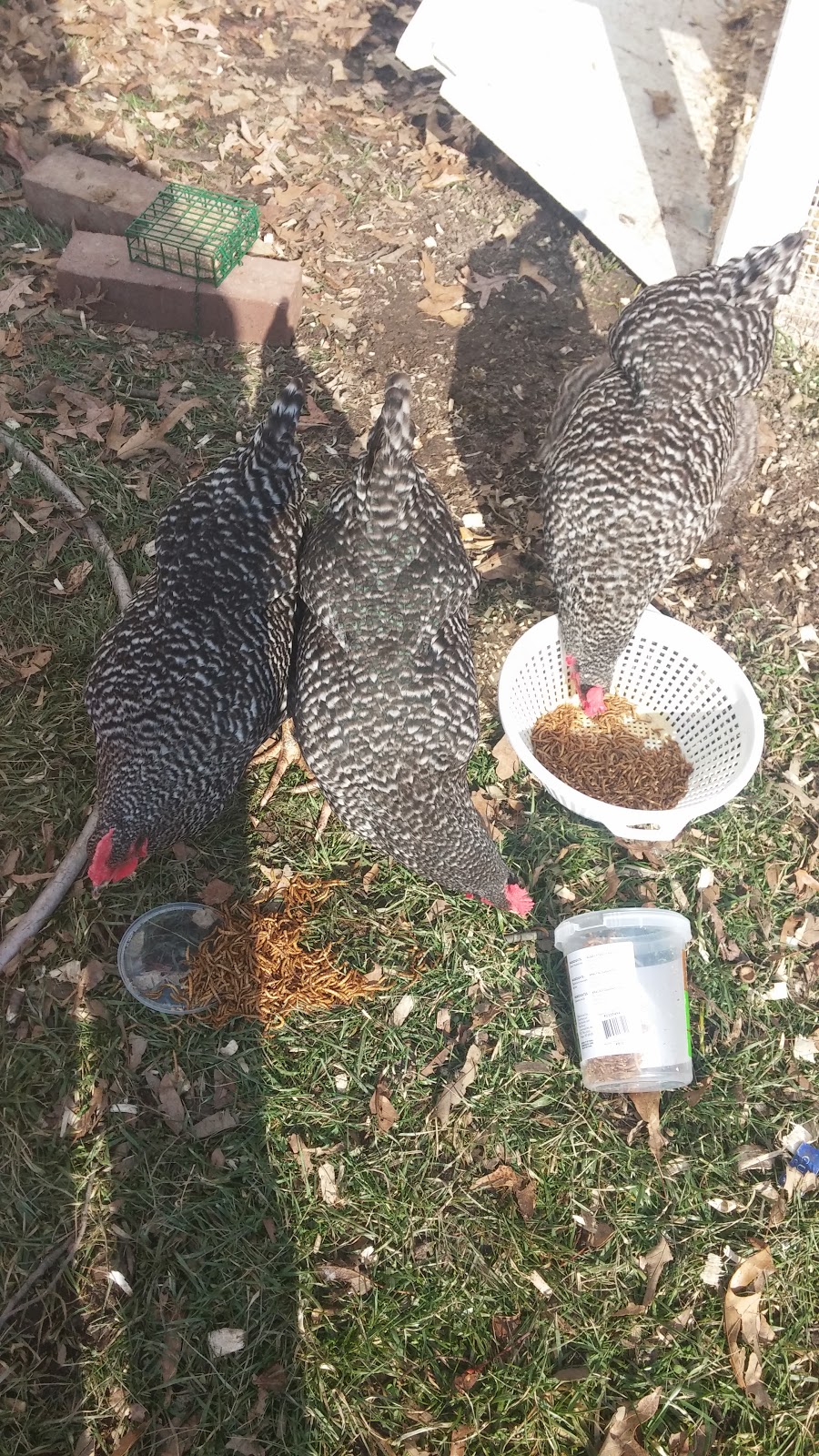 I sprayed their bare butts with blu-kote (my favorite chicken site recommended  doing this which deters further pecking). It worked like a charm and their feathers are now growing back in! I am learning so much about raising chickens.
On another note, my chickens have been laying eggs very regularly, even with the shorter days and colder weather. Most days I get at least 3 eggs. Look at these beautiful eggs: 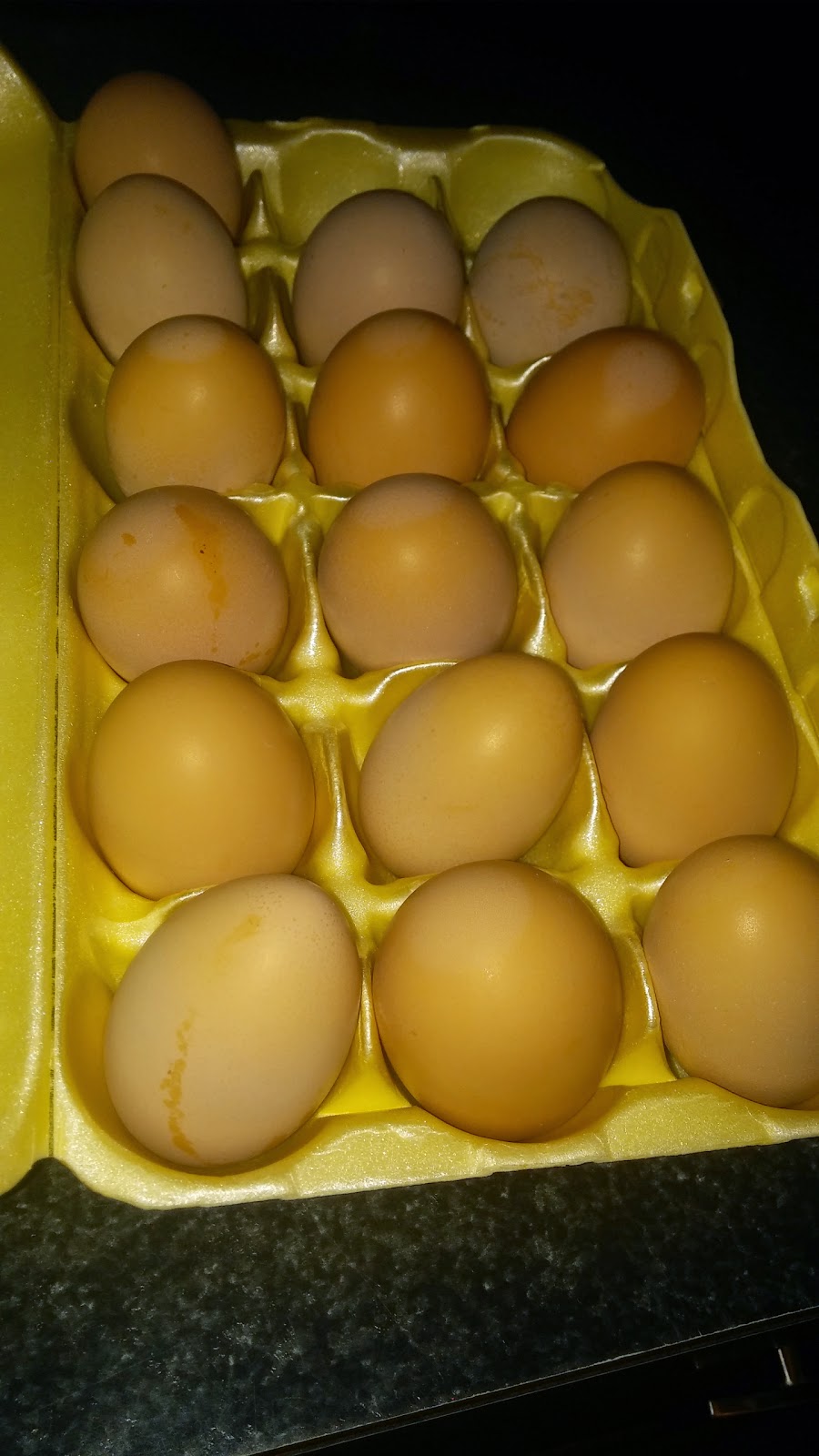 I have been making all kinds of recipes with them. By far my favorite is a potato, egg, and beef casserole that was SO good!! Here is a picture of it. 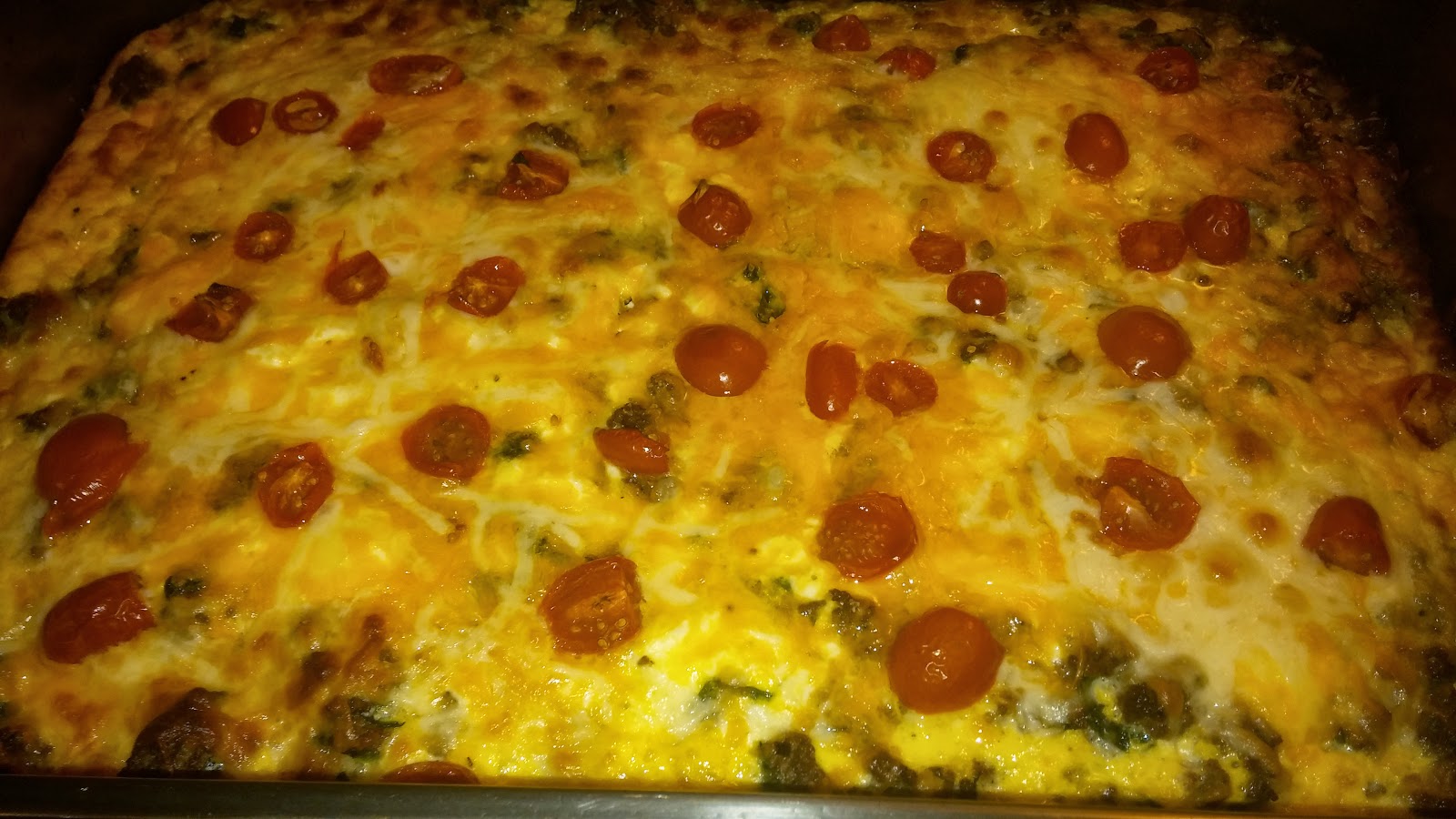 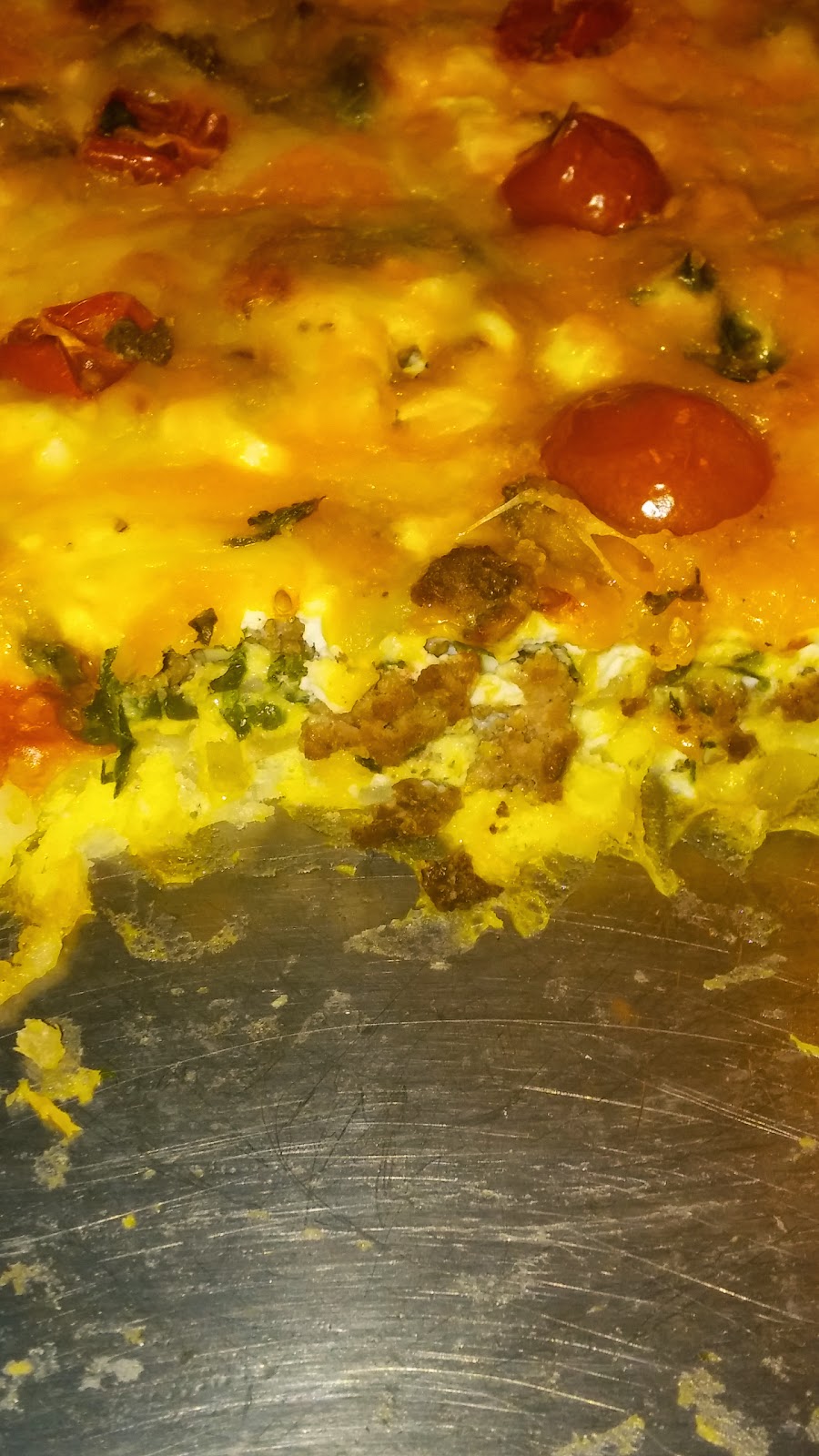 This recipe takes 14 eggs, but it was worth it. It has ricotta cheese, shredded cheese, hash browns, ground beef, spinach, and tomatoes in it. It’s great with a little sour cream on it or sriracha sauce or BOTH!!! YUMMY!
I am truly so happy that I have my chickens….I wouldn’t trade them for the world.
Well, I think you’re all caught up now on my hens.
Until next time…
Happy garden thoughts!!!